This page seeks to remember Members who have contributed to the Club but who are now deceased. 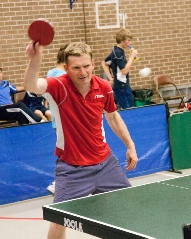 We are saddened to report the loss of a great friend and colleague, Andrew Joules.  Andrew has attended the Club for many years and has played in the Swansea and District Table Tennis League starting in the 2nd Division and moving through the First Division on to the Premier Division.  He was ferocious when it came to competition but off the table you would not meet a nicer person.

Andrew unfortunately developed Motor Neuron Disease and died on the 4th March 2018 at the age of 53 years, at home.   He leaves a wife and three children. 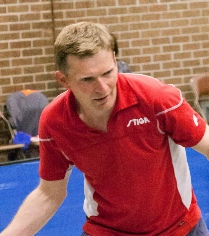 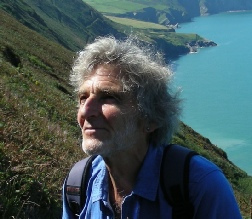 David grew up in England, but after many travels in his early 20’s, spent most of his adult life in California, where he lived an active, outdoor life. After retiring from his landscape gardening business, he returned to the UK in 2007 to settle in West Wales.

He was inspired to take up the game he had enjoyed during his teenage years, even though he hadn't played for 60 years, and participated with great enthusiasm, always looking forward to his Thursday night Carmarthen games and had considered playing in the League if a suitable opportunity had come forward.  David was a mature player who sought to continue to play and improve his skill at all opportunities.

Sadly he was diagnosed with prostate cancer, although he survived it for twelve years in which he continued to live a very active life until he passed away in April, 2017.

David died at home with his family who indicated that David greatly appreciated the work of our Club.

It is also with great sadness that we report the death of a great colleague of ours - Keith Sibley, who died on Saturday 23rd April 2016.  Keith was born on the 7th January 1935.  He was a competent player who came to us later in life after the had moved to Llanstephan.  However he had played League Table Tennis in his past and showed all the signs of a great player. He would never give up and always wanted to expand both his knowledge of, and his skill in, the game.  After he became unwell he still attended the the Club occasionally and revelled in watching quality, attacking matches played by others.  He had suffered from dementia for some time and had recently been in hospital.  However he had come home prior to his death and died peacefully. 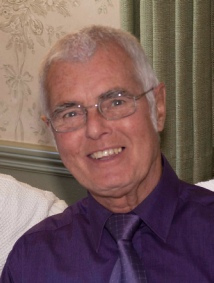 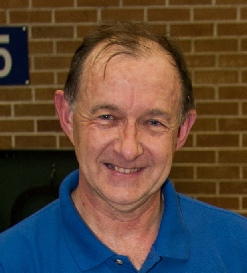 It is with great sadness that we report the death of a great colleague of ours - Jeff Parsons, who died on Sunday 10th April 2016.  Jeff was a long standing member of our Club and a League Team player for many years.  Jeff started his table tennis career at the age of 16 when he played for PST (Press Steel Fisher) before joining The Llanelli YMCA, the Llanelli Leisure Centre team and, latterly, Carmarthen Table Tennis Club.  He has played in the Swansea League for many, many years and is a well liked and respected person in those environments.

Jeff was a Llanelli man and was well know in the area in his role as a Solicitor who specialised in pneumoconiosis (and similar) cases.  He was also well know as a business man and will be sadly missed by all.

It is with sadness that we report the death of a past table tennis colleague of ours - Brian Lewis, who died on 13th March 2016.  Brian was a long standing member of our Club and a League Team player for many years playing in the Swansea League team that came 2nd in Division 2 in 1997.  Brian had withdrawn from the sport for the last few years having been plagued by a long standing chest illness.  He died on the 28th February 2016. 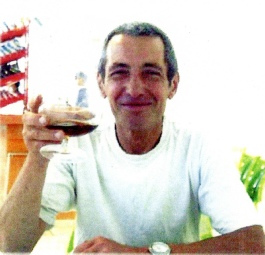 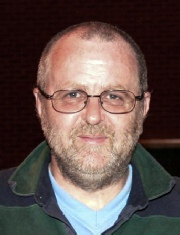 Tim Heaps was a Club and League player and unofficial coach within the Club.  He played with us from 2003/04 until 2012. He died suddenly in December 2013.  He was a well known player in England and Wales and well know within Disability sports representing the UK in many competitions.

Joe Morris was a Club and League player and a Club Coach.  He was also our Club President until his untimely death on the 11th December 2011.  Joe ‘came back to Wales - when he retired to the Carmarthen area.  He was an extremely competent player and took coaching of junior and adult players very seriously; he was well liked and is missed greatly. The first annual ‘Junior West Wales Competition’ was held in his honour, in 2012. 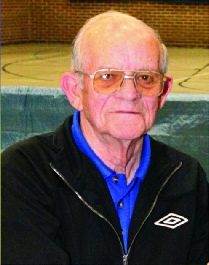 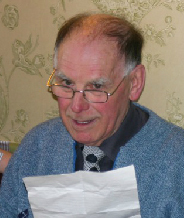 George Bushnell retired to west Wales from the London area.  He had played table tennis all his life and was a respected player in London leagues.  George played within the Club and in the Swansea League, and caused many younger players major problems with his ‘interesting’ style of play.  He carried up to 10 bats and was able to ‘choose’ which combination of rubbers/bat suited his style when playing a particular opponent.  George sadly died on the 2nd November 2011 aged 86.

Tony Edwards was a Club and League player and also our Treasurer until his untimely death from cancer in 2000.  An annual competition was organised and a Trophy presented to the winner.  All Club members were entitled to play and all given a ‘handicapped score’ depending on their ability.

Pictures from some of the memorial competitions:.